Antoniou McCollum & Co. is renowned for its European Union law practice and is ranked as top tier in EU law by The Legal 500.   Contact our EU law practice to discuss your requirements.

The EU has imposed three packages of sanctions against Russia in response to the Russian recognition of the non-government controlled areas of the Donetsk and Luhansk oblasts of Ukraine and Russian military aggression against Ukraine.

The following infographics provide an overview of the EU sanctions packages. 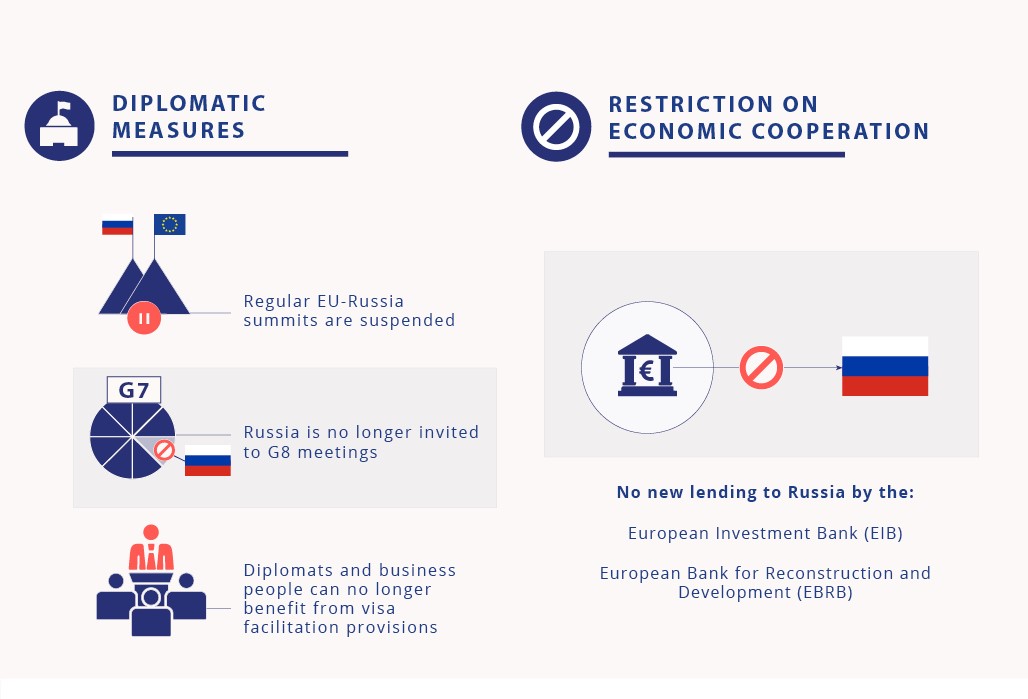 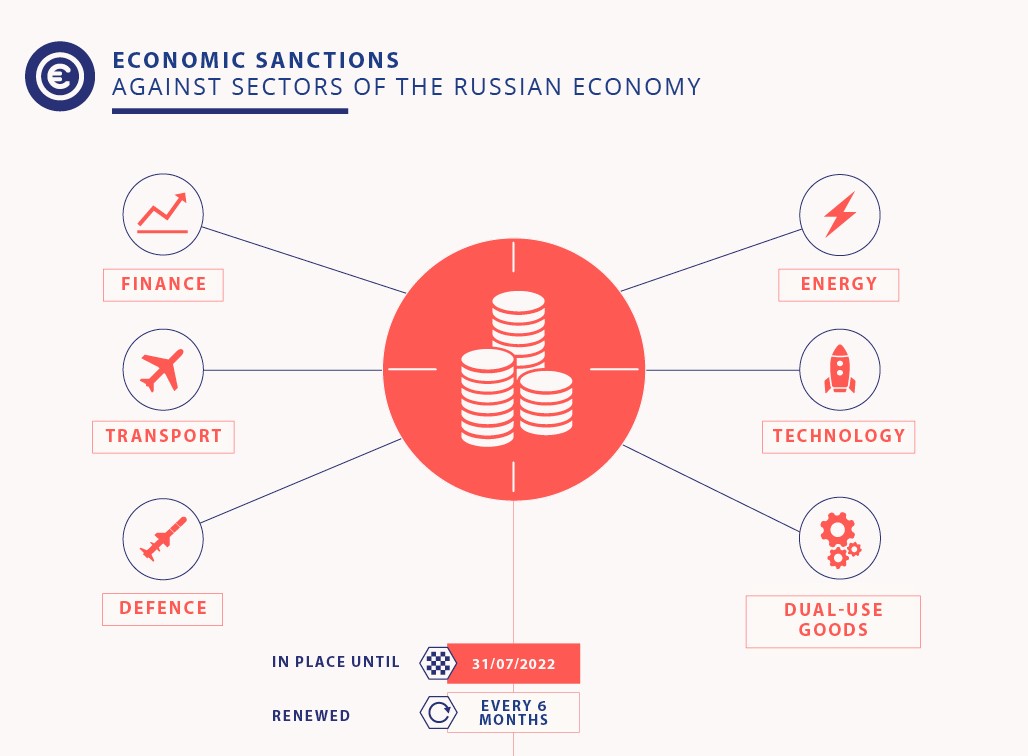 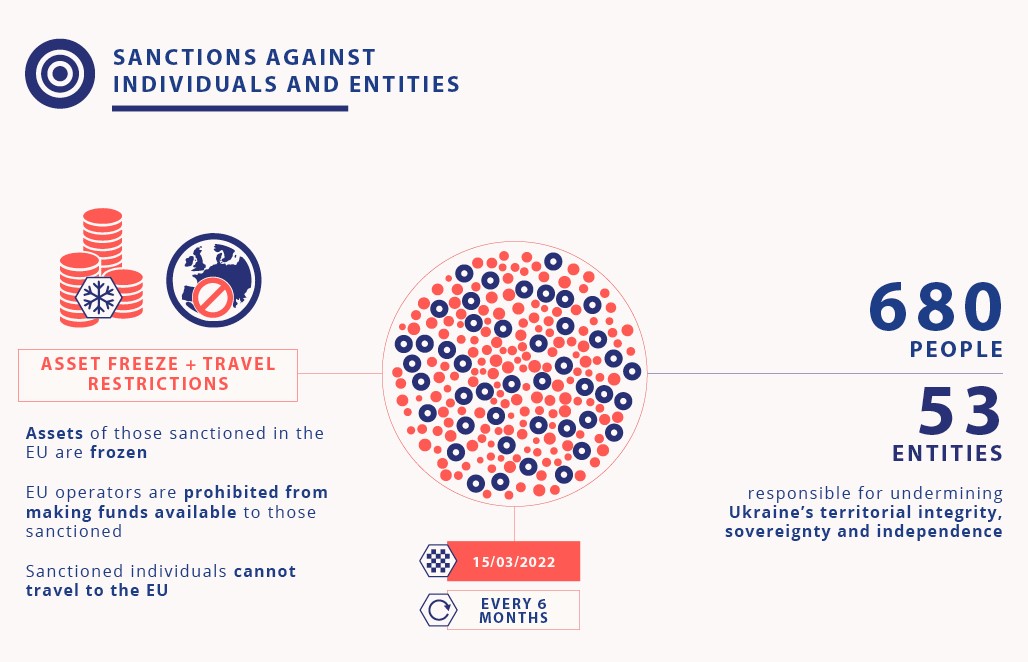 The third package of EU sanctions against Russia includes:

On the SWIFT ban in particular, the EU has excluded seven Russian banks from SWIFT. This will ensure that these banks are disconnected from the international financial system and harm their ability to operate globally. The seven banks are Bank Otkritie, Novikombank, Promsvyazbank, Rossiya Bank, Sovcombank, Vnesheconombank (VEB), and VTB Bank.

The EU has also introduced a ban on:

Contact our EU law practice to discuss your requirements.

Infographics: © Council of the European Union, 2022.

We use cookies on amc.law to give you the most relevant experience by remembering your preferences and repeat visits. By clicking “Accept”, you consent to the use of all cookies we use on amc.law.
Cookie settingsAccept
Manage consent